By Michelle on in creative, travel, words, writing

Connections. That’s what a group of writers were making as we travelled north this weekend. 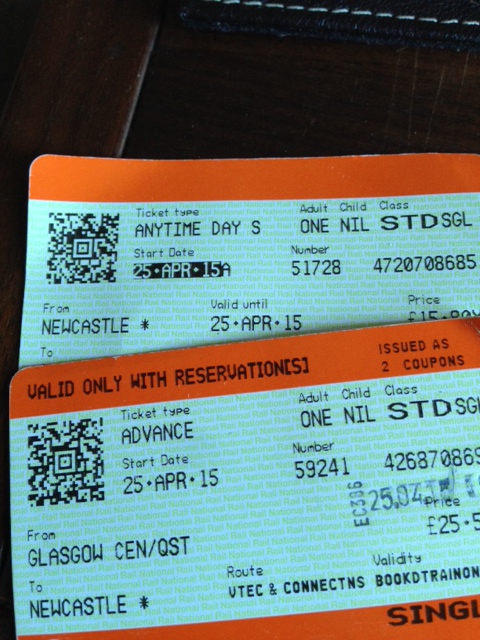 Tickets for 26 Under A Northern Sky journey

The reason for our journey was to launch the latest 26 project, 26 Under A Northern Sky – a collection of creative writing inspired by the music of Nick Drake and a railway journey between Newcastle upon Tyne and Glasgow.

We were making real connections with trains and timetables, to get where we needed to be at the appointed time and make our way back again. But through the creative writing process and the journey itself, many more connections were revealed.

Each writer was given a brief. Take the name of one of the 26 stations along the line and the title of a Nick Drake track, chosen at random and write something in response. The final constraint was that the piece should be able to be read aloud comfortably in 3 mins 44 seconds or less – the duration of Nick Drake’s Northern Sky, which provides the title for the whole collection.

The resulting pieces were wide ranging in style and tone. We had poems and short stories, a sonnet, folk tales, histories and ghost stories. Each one was read along the journey. And each writer had found a different way to connect to their brief.

Some responded to the place, its location, history or a claim to fame. Others took the songs, their lyrics, form and rhythm as inspiration. And many combined the two, to come up with something that touched on both, but that was made new and different by being reflected through the prism of each writer’s own experience.

It’s the same in business writing. There is a brief from a client, that often comes with rules and constraints. As a writer I have to find a way to connect to that brief and interpret it in a way that will connect with a customer. That may mean digging deeper to discover how a customer thinks and feels and finding the words that make that connection. And the final creative piece is always a collaboration between writer, designer  and client. 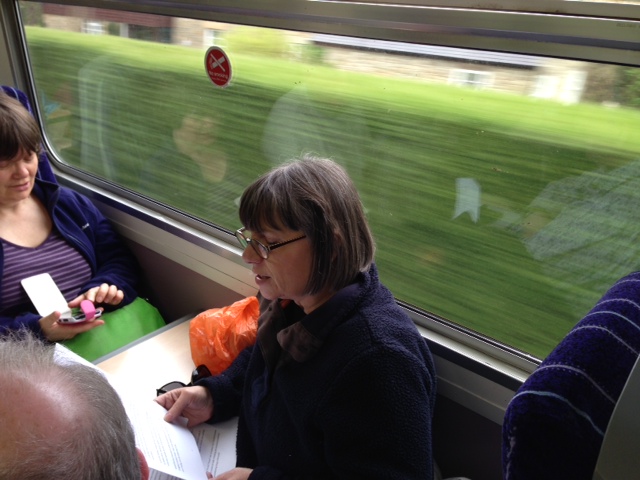 Faye Sharpe reading her contribution to 26 Under a Northern Sky

The 26 Under a Northern Sky project similarly came with deadlines and timetables, with writers asked to submit first and then final drafts after feedback from a small team of editors.

As Editor in Chief, I had the privilege of being the first to read the entire collection. And it was a joy.

In this project I acted as both client and creative; contributing my own piece, while making sure the whole collaboration remained on track. It’s taught me a lot about setting a brief and then allowing creative people the freedom to explore it in their own way.

Each piece in 26 Under a Northern Sky is unique, but each writer has found a way to connect to the brief and through that created a piece of work that connects with a wider audience.

I’m very proud to have been part of something very special.

26 Under A Northern Sky will be published on www.26.org.uk later this week. But you can enjoy the beautiful introduction to the collection, written by Anna Jauncey right now.

26 is a diverse group of people who share a love of words. Many of us work with words for a living, as writers, language specialists, editors, designers or publishers, but anyone who cares about words is welcome to join. Together, we hope to raise the profile and value of words not only in business, but also in everyday life.

Special thanks to Michael Burdett of The Strange Face Project for introducing me to the music of Nick Drake and providing the initial spark that lead to this crazy writing project.