By Michelle on in travel, writing 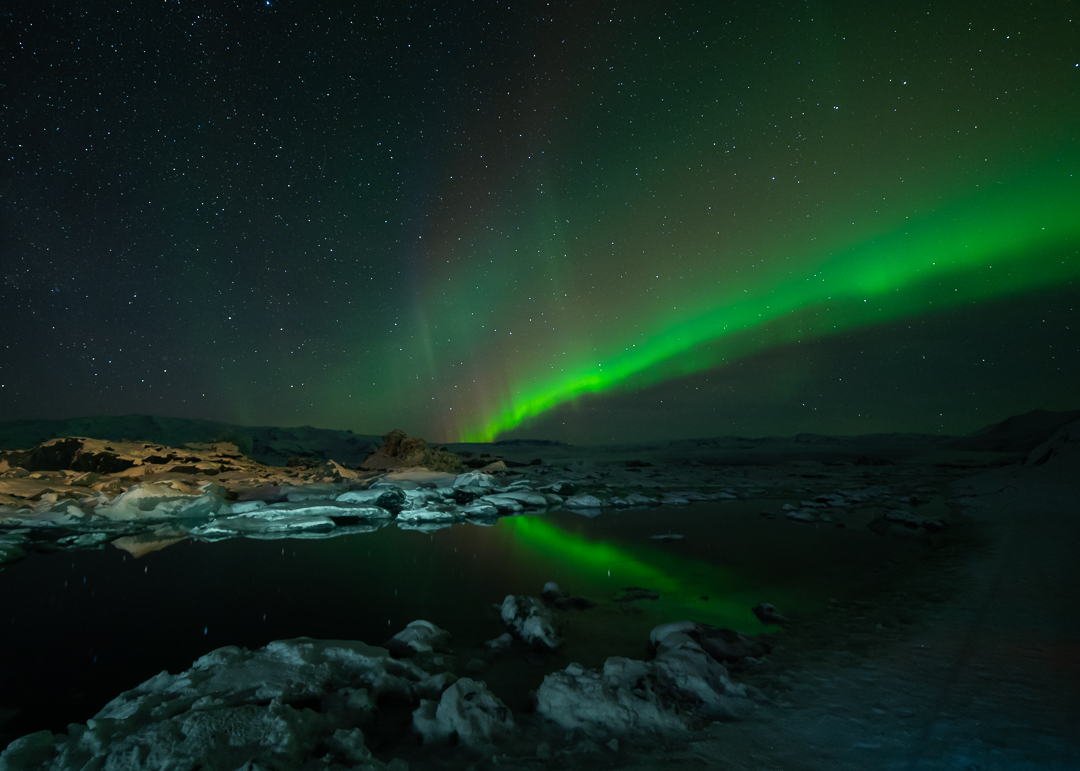 The Northern Lights have bewitched my imagination for a long time. Like many, I have wished to see these elusive lights that appear to dance across the skies on clear dark nights in the Northern hemisphere.

They also baffle and confuse me. I know that when we see photos and videos of this phenomena, it’s not what we can see with our own eyes. So how do you photograph something you can’t see?

When a couple of places came up on an Iceland photography workshop run by award-winning press photographer Owen Humphreys, we jumped at the chance. When he’s not photographing footballers, royalty or the events of the day, Owen is a keen weather and aurora watcher and a regular visitor to Iceland. It seemed like too good an opportunity to miss.

The trip was carefully timed to take advantage of the cycle of solar activity that sparks the Northern Lights, and away from a full moon. But you can never truly predict the lights and cloudy, rainy weather can render them invisible. You need a bit of luck, and maybe a bit of magic to see them.

We were lucky. For four of the five nights we stayed on Iceland’s southern coast near Selfoss they appeared in the sky.

My first glimpse was through the camera. What looked like faint grey clouds in the dark sky, appeared as a greenish glow on our camera screens. I peered and peered into the darkness, willing myself to see them with my own eyes, but it felt more like believing than really seeing.

The following day took us on a long drive. Snow covered fields gave way to steep, imposing mountains. Icelandic ponies scattered as we passed, waterfalls stilled mid-flow. Every turn unveiled another view of a dramatic landscape of steam and ice.

Expert local knowledge and a smart eye on the weather had brought us to Jökulsárlón, a glacial lagoon in southeastern Iceland. 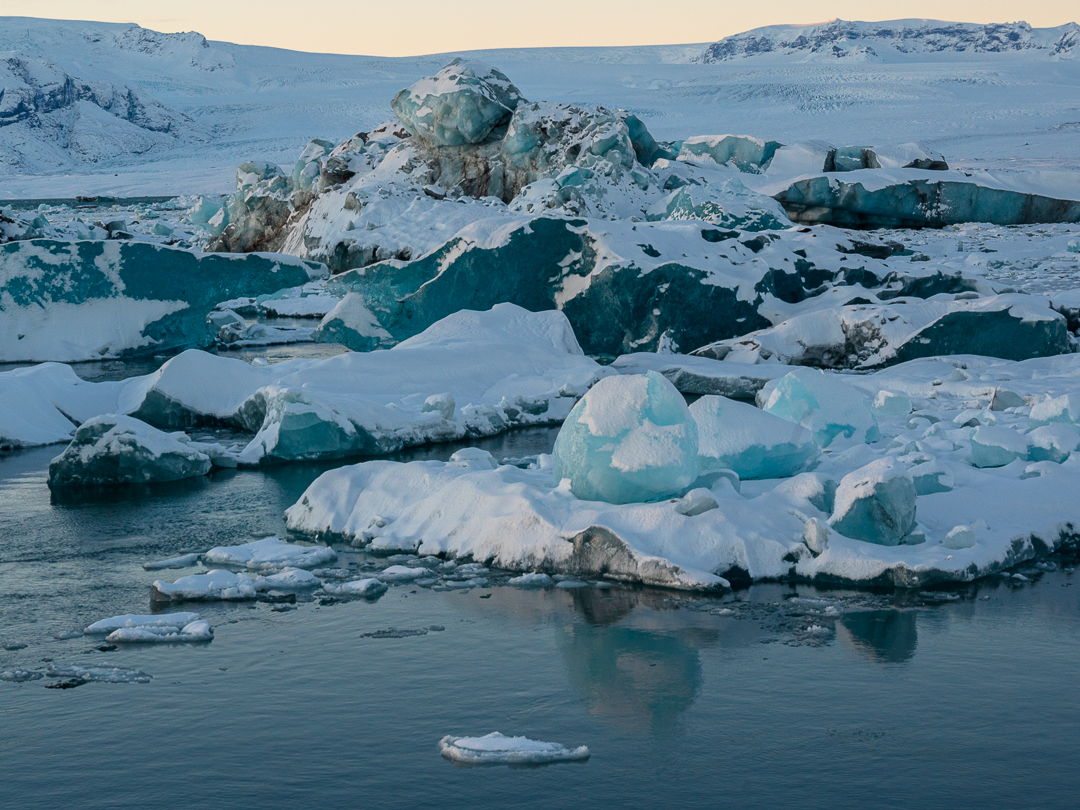 A small flock of snow bunting skittered and chattered at our feet on the snowy banks. Seals popped their heads above the water, as huge chunks of ice, carved from the nearby glacier, floated through the lagoon towards the sea.

On the black sand beach, the clear ice was sculpted into flowing, natural shapes, textured like fish scales, glistening like diamonds. It was like walking into another world.

We filled our memory cards and memory banks with amazing images, watching the waves crash onto the shore, leaving patterns of white foam on the black sand. And as the coach trips departed, we stayed behind, beyond the sunset, waiting for darkness to fall, hoping…

Warmed by flasks of tea and hot chocolate, we wrapped ourselves in hats, scarves and gloves and ventured back to the edge of the lagoon, guided only by our head torches. This time, there was no doubt, no deception. A green arc was clearly visible over the water.

With some expert aurora photography tuition, we lined the river bank with cameras focused on the infinite sky. After each 10-15 second exposure, we thrilled to see more colours emerging as the Northern Lights sparked green and purple into the dark skies.

We left the lagoon with the lights still dancing. On the long drive back in the dark, through a window frosted with ice from our breath, I saw a ribbon of green light move through the sky, sinuous as a snake, before striking out towards us.

I had hoped to see the Northern Lights. As a relatively new photographer with no experience of taking night time shots, I never dreamed I would be able to capture such beautiful images of them.

Standing on a snowy bank, seeing these ethereal and elusive wonders dancing among the stars is a breathtaking magical memory that will last a lifetime.

You can find more information about Icelandic photography workshops with Owen Humphreys at http://www.icelandic-phototours.com. There are more trips planned for November 2022.

Never miss a deadline – 3 time-saving tips from the newsroom