By Michelle on in books, creative, writing

There’s a place in Oxford called The Story Museum. It’s just re-opened after a bit of a break, with an exhibition called 26 characters, which features 26 famous authors dressed as their favourite character from childhood, photographed by Cambridge Jones.

The list of writers is like a who’s who of children’s literature and includes some of my contemporary favourites. There’s Neil Gaiman as Badger from Wind in the Willows, Philip Pullman as Long John Silver, Terry Pratchett as Just William, Malorie Blackman as the Wicked Witch of the West; Julia Donaldson, Holly Smale, Francesca Simon (of Horrid Henry fame), Benjamin Zephaniah, Michael Rosen and many others.

And thanks to my wonderful writing mentor, John Simmons, a piece of my writing features there too. I’m a member of a writing organisation called 26 (after the number of letters of the alphabet) ideally linked to the theme of this exhibition. So, I was invited  to contribute a poem, to accompany one of the portraits.

The 26 writers were matched completely randomly with an author and a letter of the alphabet. We got to see Cambridge Jones’ splendid photographs of our author and were set the task of writing a sestude – a literary form of exactly 62 words (26 in reflection).

I positively squeaked when I discovered that my author, Steven Butler, had chosen The Hatter from Alice’s Adventures in Wonderland as his favourite character. I love Alice in Wonderland and the characters have continued to inspire some of my creative writing. 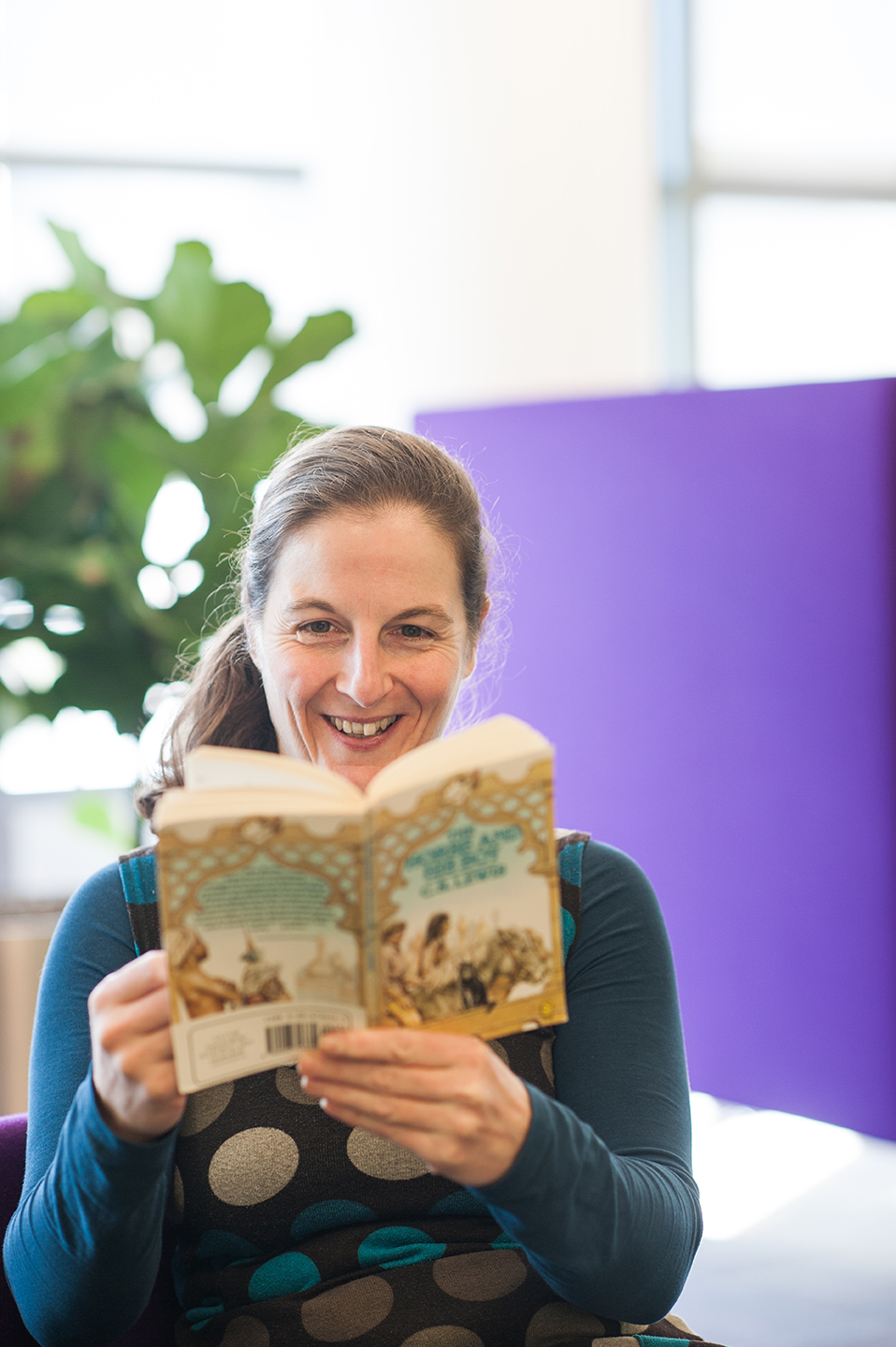 Enjoying one of my favourite books from childhood again. Photo by Mike Tulip

I didn’t know Steven Butler’s work, so I quickly read a couple of his books and found out a bit more about him. He’s written a fabulously funny series called ‘The Wrong Pong’ which tells the story of how Neville Briskett is mistaken for a young troll and sucked down the toilet to Underland.  And more recently, he’s written ‘The Diary of Dennis the Menace’.

I loved ‘ The Wrong Pong’ and think it’s a great series for children to read for themselves. It has the right mix of disgusting, yuckyness to put off most adults as well as being a cracking adventure story that rips along  at a fair pace.

It’s been great to discover a new writer who I wouldn’t normally come across too. I really like the way he creates his characters, especially the troll family who adopt Neville and absolutely love the special language they use. I was delighted to be able to include one of Steven’s brilliant made-up words in my sestude which you can read on the Story Museum’s website.

I’ve also written about one of my favourite childhood characters, Aravis from the Horse and His Boy for the museum’s digital gallery. Thanks to Mike Tulip for taking the accompanying photo.

It would be enough to have a poem in an exhibition alongside some of our most brilliant writers, but to have the chance to pay tribute to one of Lewis Carroll’s most memorable characters in the city where he first created Wonderland is a real honour, and a little daunting.

But Carroll wasn’t just an Oxford man. He has connections with the North East of England, where I live too. He visited members of his family who lived at Whitburn, and according to his letters, wrote the first verse of the poem ‘Jabberwocky’ while he was in the area. So there’s a nod to that in my poem too.

I studied Carroll at university and later researched the influence of the North East landscape on his work for a feature I produced whilst working at the BBC. You can see what I discovered about Lewis Carroll’s connections with the North East on this archived website.

I haven’t seen the exhibition yet, but thanks to stalking the story museum on twitter, I’ve seen a few glimpses. It seems each room becomes the setting for a different character, so I look forward to stepping into Narnia, Neverland and Wonderland when I go to visit in May.

It’s been a brilliant project to work on. The only difficulty has been keeping it secret for so long. And now I can’t wait to see it for myself. The exhibition lasts until December, so if you’re in Oxford and go to see it, I’d love to hear what you think.

How readable is your writing?
Dark Angels, Merton