By Michelle on in words, writing 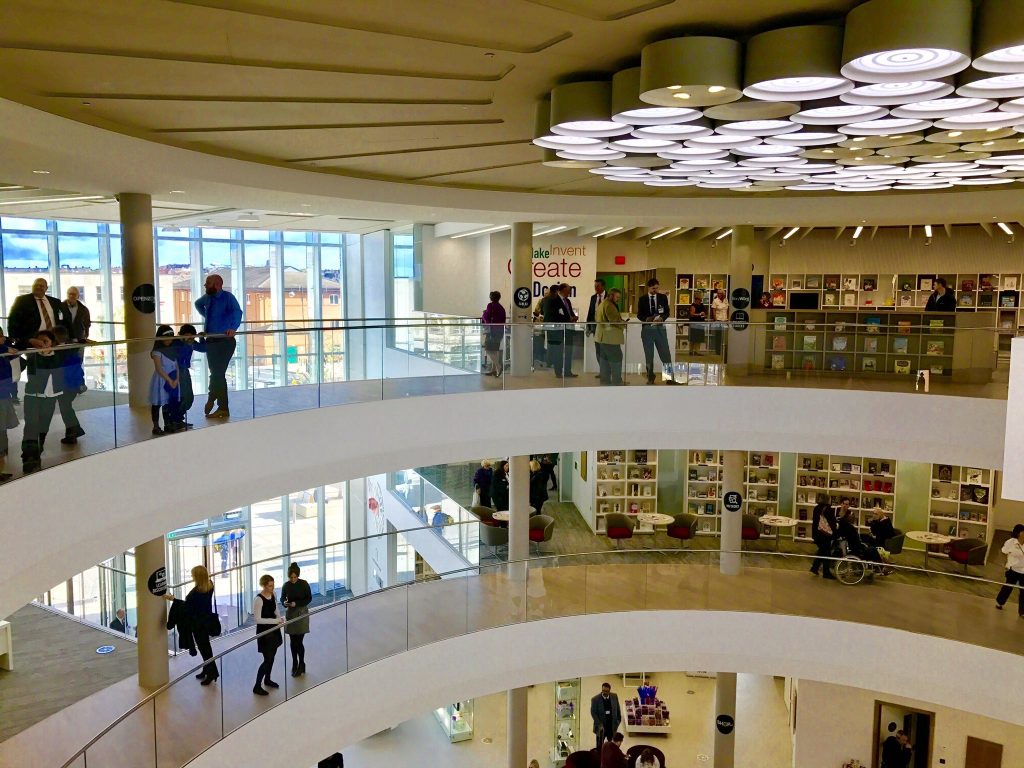 At times it feels like all we ever hear about are cuts. Cuts to council budgets, cuts to healthcare spending, jobs cuts, arts cuts… So spending millions on a new library, arts and cultural space in South Shields not the richest or most affluent of places in the UK, feels like a bold move. Bold and optimistic, The Word, the National Centre for the written word takes its place in the landscape beside the mouth of the River Tyne, which has seen the changing tides of history from riches to poverty and back again, more times than anyone can count.

At its heart is a library. But it’s so much more than that. It’s a space where old and new sit side by side; where you’ll find books and computers and table-sized interactive screens, large enough for a feast of information. Around the massive central spiral staircase, a light and airy space opens out, leading onto rooms for art, for design, for making things, for meetings, workshops, and of course, for reading.

At its opening, the council leader Iain Malcolm spoke with pride about a vision for a place where young people could keep pace with technological change, while appreciating the rich cultural history of South Tyneside. And the Chief Executive of The Arts Council England, Darren Henley spoke of creativity’s need for spaces for ideas, thought and debate.

That’s the justification for spending the money, I thought. Not that, as a writer, I need any convincing of the value of places like this. I feel it in a way that resonates more than the counting out of pounds and pence.

But should we have needed any proof of the possibilities, then local author Ann Cleves spoke personally about the importance of libraries in keeping her books being published, when she was a struggling writer. Now, the author of the Vera Stanhope and Shetland Island novels is at least partly responsible for a boost to the UK tourist industry as visitors come from China and the USA to see the locations where the popular television series, based on her books have been filmed. 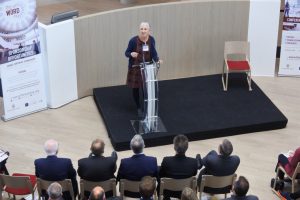 Writer, Ann Cleves, speaking at the opening of The Word

She told me: “It’s my ideal of a library. For years and years, I’ve been banging on about how libraries should be cultural spaces, in places where people don’t have access to the arts. Why not have a choir in a library? Why not have magnificent paintings and writer’s workshops? And in this place you have all that, besides the books as well.”

In stepping into The Word, on its official opening day, full of excited local schoolchildren chattering among the books, and being greeted by characters from Harry Potter, I was reminded of a story of aspiration told by a head teacher in a very different environment.

I was working as a journalist for BBC Radio Newcastle and had gone to a school in Benwell, a deprived area of Newcastle upon Tyne. Surrounded by an estate of brick and concrete, and flaked by tall spiked tailings, it was a bright spot of warmth and colour in an unexpected setting. 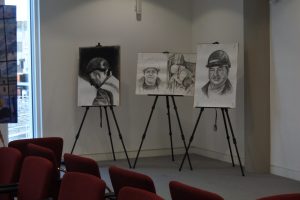 The head teacher spoke of the children there with great affection; about how a big part of the job of the school was to give them hopes and dreams and aspirations.

When you come from a family where no one works; when you live on a street where none of your neighbours work; where you don’t know anyone with a job, then coming to school and getting an education can seem a bit of a pointless task, she explained. Poverty, isn’t just about money, it’s about expectations, she said and described children arriving in the reception class, not knowing how to hold a book or turn the pages from right to left, because they’d never encountered one.

Like that school, The Word offers a vision of another future, one in which people can read, play, make things, and explore learning and creativity in many different forms. And yet, at the same time, this new space is firmly rooted in its past, in its history.

As well as housing the impressive local history archives, around the walls of The Word you’ll find wooden story panels. Local writer, Michael Chaplin, well known for his television and theatre work, including Monarch of the Glen and several Live Theatre productions, has collected 20 true stories about epic voyages that begin or end in South Tyneside. The tales span 2,000 years, fro the Romans to the present day and touch on every continent on the globe. The idea is that you stumble upon them as they catch your eye, like pieces of flotsam and jetsam, washed up by the tide. 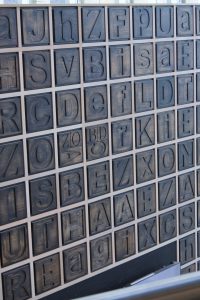 Speaking to me about The Word taking its place alongside the river, he said: “It’s an expression of hope for the future. It’s an absolutely lovely building to be in and therefore it makes it the greater pleasure to come here and become acquainted with stories of all kinds and to broaden people’s experiences and to inspire them to write stories of their own. Hopefully some for publication, but I think it’s a great benefit just being an ‘ordinary citizen’ and creating stories of your own.”

We are all creatures of our environment, and I’m lucky enough that mine was full of libraries and creative spaces, trips to art galleries, museums and theatres. Today there is a new world of opportunities. The old industries of shipbuilding and coal mining have left the North East of England, but there are new jobs in a digital world, in the arts and creative industries, it just takes a bit of encouragement to see them as possibilities. The Word is a space that provides that encouragement.

26 Steps part 5 – exploring through different eyes
Who are you and what do you care about?

One Response to Why we need spaces like The Word